Adobe Dreamweaver CC is a web design and development tool for developers. This download is the complete standalone offline installer for Windows 32bit/64bit.

Dreamweaver CC is developed by Adobe systems. It is a web design and development tool which supports HTML and CSS (including many other scripting languages) along with many other server-side scripting languages like PHP,ColdFusion, and Scriptlet. Support for Microsoft .NET frameworks are also added which include ASP VBScript, ASP JavaScript, ASP.NET C#, ASP.NET Visual Basic etc. Dreamweaver CC works according to W3C Standards which makes the product web friendly with lesser errors. 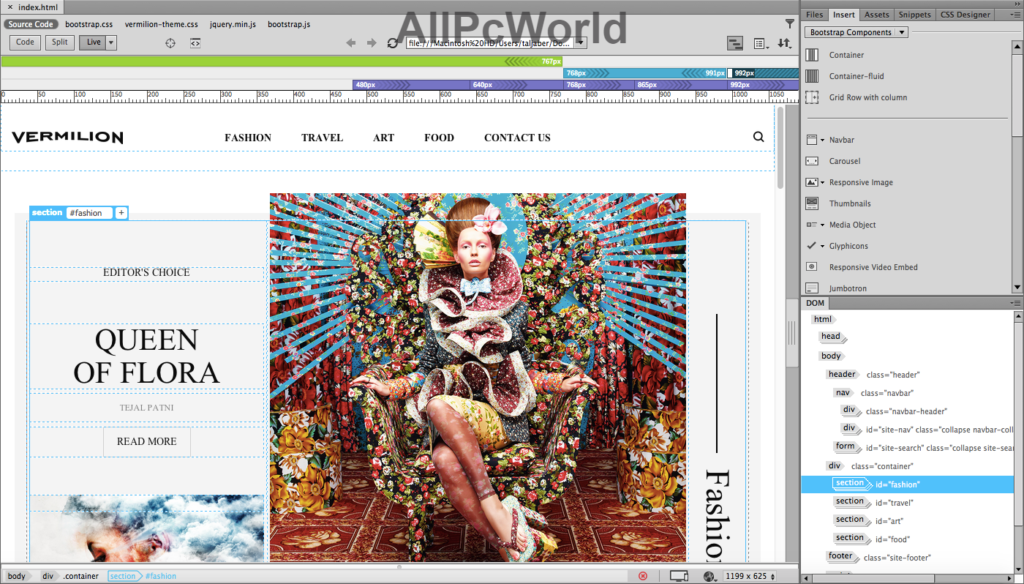 This wonderful tool has a live view option for the developers when they want to test their web applications. The Live View reduces the time consumed while testing the application on the browsers. It comes up with the default editor which has all the required features like code highlighting and comparison. Real-time code checking which helps to fix the errors as soon as they generate. Automatic code generate feature and auto code completion feature also helps to save a lot of time while writing the code. With Dreamweaver CC, you can create responsive web applications within no time. It also has some pre-defined themes for rapid web development.

Before you download and install Dreamweaver CC, make sure that your system meets the given requirements

Click the below link to download the standalone installer of Adobe Dreamweaver CC for Windows x86 and x64 architecture. It is compatible with all the new and older releases of Windows OS.