Kali Linux is a unique flavor of which provides full control over the device. This free download of Linux Kali is an ISO image file in both 32 bit and 64-bit versions. It is a bootable image so that you can burn your own disk or create a bootable USB stick for installation. If you want to run Linux Kali on Virtual Machine then you can download VMware Workstation.

Kali Linux is specifically designed for penetration testing and digital forensics. Offensive Security is now updating, funding and maintaining it. More than 300 penetration testing tools are included in Kali Linux to test the security. These tools include Armitage, Nmap, Wireshark, AirCrack-ng, BurpSuite and lot more. Debian Testing is the core of kali Linux. It is the most popular Operating System. It also can do penetration testing for Android. 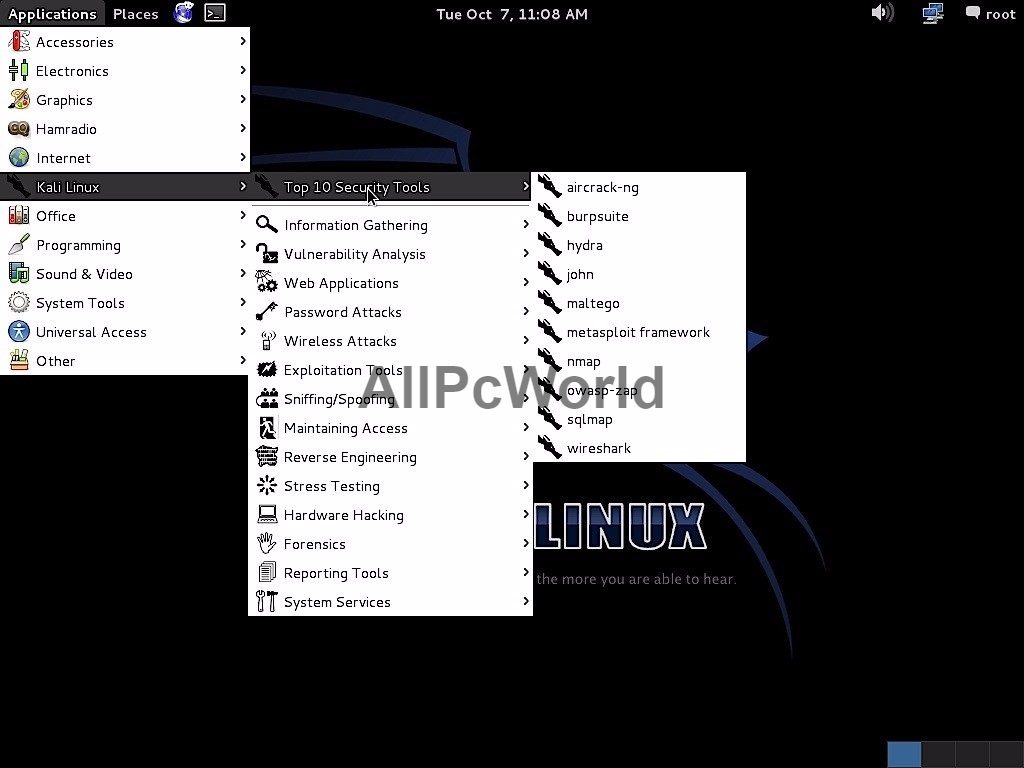 Linux Kali is an open source platform with multiple support features for information security experts. The customizations provide a friendly environment to its users. It has a good User Interface as well. many other features include enhanced and powerful command line and control over meta-packages. You can also add many other security tools in Kali Linux to get better options. Apart from penetration testing, it is a complete operating system loaded with media player and internet utilities. If you want to use Kali Linux as an operating system, then it is not a good decision. It is specifically designed for network and security analysts.

Linux Kali is a complete operating system which is fully loaded with many security options and lot more. Some of the features are mentioned below

Before you download and install Linux Kali, make sure that your system meets the given requirements

Click on the link below to get the standalone direct download for Linux Kali x86/x64 ISO image.