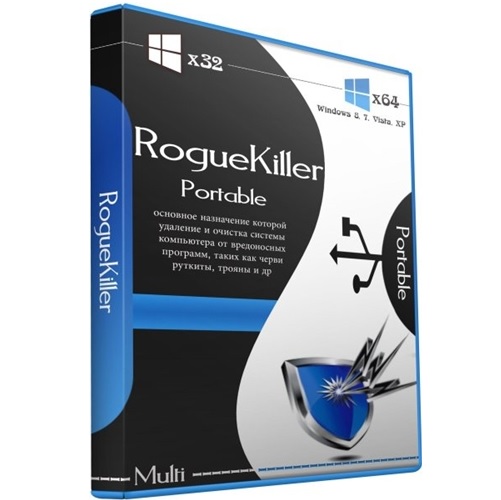 RogueKiller Anti-Malware 12.6.2 is written in c++ so it provides much more efficiency. It has an advanced mechanism to remove generic malware and also able to detect advanced threats like rootkits and worms. RogueKiller Anti-Malware 12.6.2 uses different types of tools and techniques to remove the unwanted applications and threats, these techniques include heuristics and signature finding. This wonderful tool can find many threats which are not detected by many other anti-malware tools.

Many resident infections and Bootkits are also detected and removed by RogueKiller Anti-Malware. It can also detect infected .Ink files along with many running processes and has the ability to completely remove them, so to maintain the integrity and the performance of the operating system. One click scan enables you to have your computer deeply cleaned at once. Signature matching mechanism helps a lot to remove the advanced viruses and malware.

With the ultimate user-friendly interface, it is also available in 16 languages so that you can understand it in your local language. After the scan completes, an advanced report is generated with useful information like DNS settings, drivers shortcuts, MBR code etc.

Many anti-malware tools leave a lot of threats undetected but RogueKiller Anti-Malware 12.6.2 uses it advanced mechanisms to remove most of the malware. It has many features which include

Don’t delete all the files after the scan, it may remove your required programs as well, check for the detected programs and select only the unwanted to remove.

Before you download and install  RogueKiller Anti-Malware 12.6.2, make sure that your system meets the given requirements

Click the below link to download and install the standalone installer of RogueKiller Anti-Malware tool for Windows x86 and x64 architecture. It is compatible with all the new and older releases of Windows.