Microsoft has launched a fully loaded update for Windows 10 with a bundle of great features. This free download is a standalone ISO Image for Windows 10 Anniversary Update.

After the release of the final Operating System from Microsoft i.e. Windows 10, Microsoft has now made continuous improvements and many new features. In this Anniversary Update, Microsoft has brought many innovations. As now Microsoft is providing Windows as a service as Windows 10 so this became a continuous feedback and improvement loop.  Windows 10 Anniversary update has powered up Microsoft Edge and Cortana to make it more reliable and efficient. Now you can find Cortana anywhere like in Edge browser, reminders, taskbar and calendar appointments. It was a wonderful experience having an operating system assistant to provide a more productive environment. Before the launch of Cortana, people mostly use 3rd party applications as OS assistant. 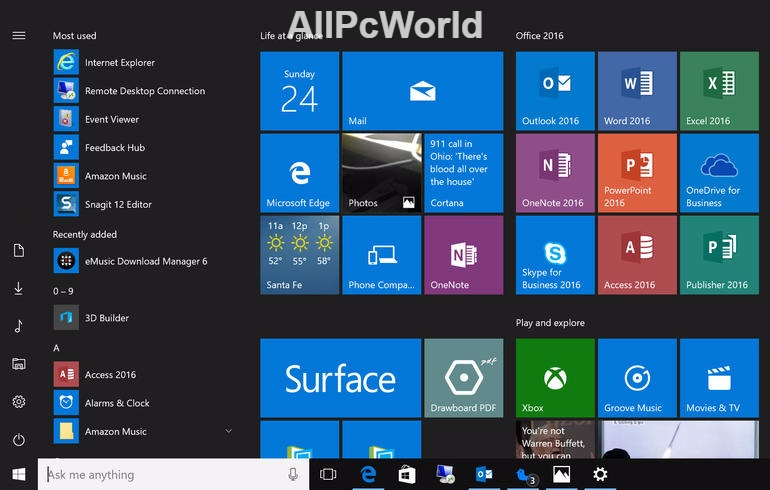 Windows 10 Anniversary has now a powerful Linux shell for the developers known as GNU Bash shell. To make a friendly environment for Linux users as well. This is the first update that consumes the power of Linux as well. A completely modifiable user interface which lets you change the background color of your Windows is also provided. Many other features are also improved in this update like the sticky notes can now be handwritten, you can create doodles as well. Microsoft is loaded with mouse gestures, Evernote, and Pinterest Pin button. Windows 10 Anniversary Update also focus on security and reliability.

Windows 10 Anniversary Update is fully loaded release from Microsoft, some of the features of Anniversary update are