Xara PHOTO & GRAPHIC DESIGNER 365 is an image editing tool with vector illustration and design tools. This free download is a standalone offline installer of Xara Photo and Graphic Designer 365 for Windows 32bit and 64bit.

Xara Photo and Graphics Designer 365 is one stop for all types of images editing, designing, and illustration tool that supports more than 58 formats of images. A user-friendly environment is provided for the better user experience and more productivity. It has an automatic image optimization feature that can correct most common problems with the images including, brightness, contrast, sharpness, illustration, and temperature etc. Other options include cropping, resizing, red-eye removal, shadow or highlighting etc. More than 60 built-in live effects and support for additional plugins including photoshop plugins. You can make many advanced customizations to your photos which include feather tool, layer blending, and vector masking and lot more. 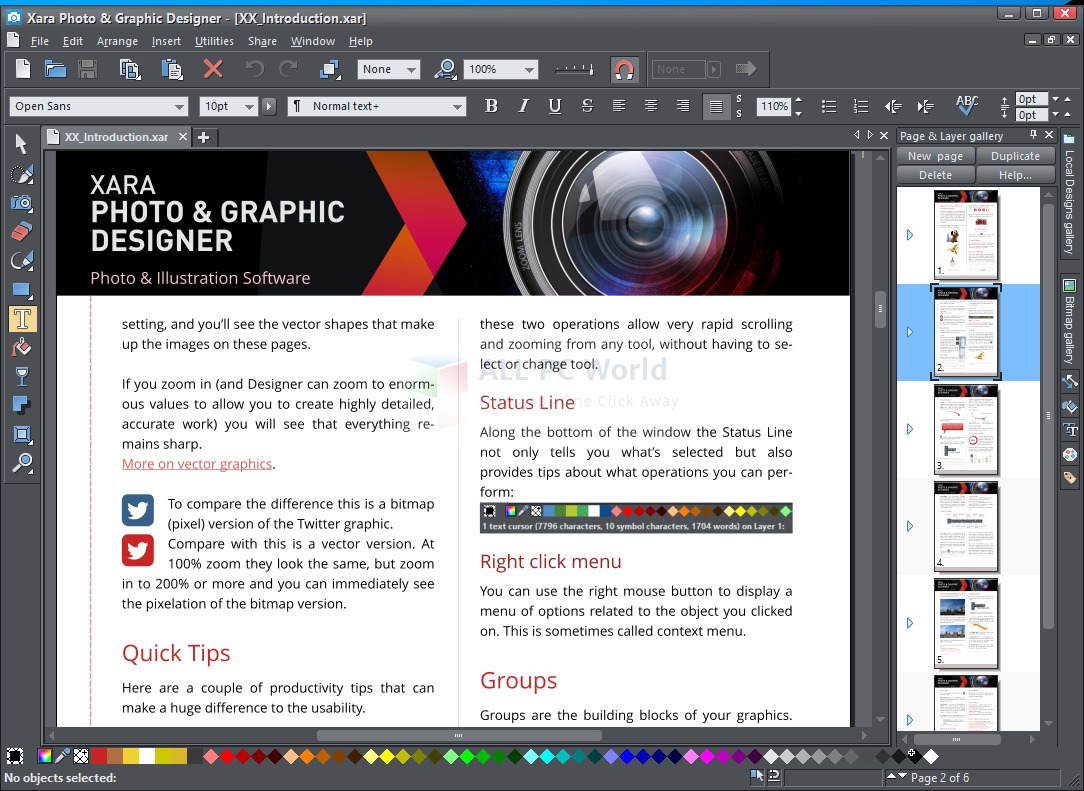 Content zooming awareness, photo healing, and vector conversion allows the user to do more appropriate image editing. Illustration features are also included in this package which includes the host of shape, free-hand drawing tools, drag and drop shapes for 3D rendered images, bevel tools, blending tools and other such tools. A fully loaded menubar is provided with many customized features provide the best image editing experience. Enhanced text editing support is available for logo editing with a bundle of templates and clip arts are there. You can export your images in many formats including PSD or PDF.

Before you download and install Xara Photo and Graphic Designer 365, make sure that your system meets the given requirements

Click the below link to download Xara Photo and Graphic Designer 365 for Windows x86 and x64 architecture. It is compatible with all the latest versions of Windows.