A-Squared Antivirus setup free download for windows. This is complete offline one click standalone installer of A-Squared which is compatible with both 32 bit and 64-bit operating system.

A-Squared Antivirus is lightweight antivirus that provides protection against malware, Trojans, and from viral infections. A-Squared antivirus also knows as Emsisoft Anti–Malware which is a big name in the list of top antivirus companies. It has very powerful virus detection system and with two scan engines. It can also remove backdoors, keyloggers, dialers and other spyware. According to the A-Squared official site, 2.5 million different types of Malware can be removed with A-squared. So its means that this Antivirus covers almost all types of security issues in your system and makes it safe for you to explore your digital data without the fear of hacking. It is automatically updated which mean it has the ability to fight with new types of hacking attacks. 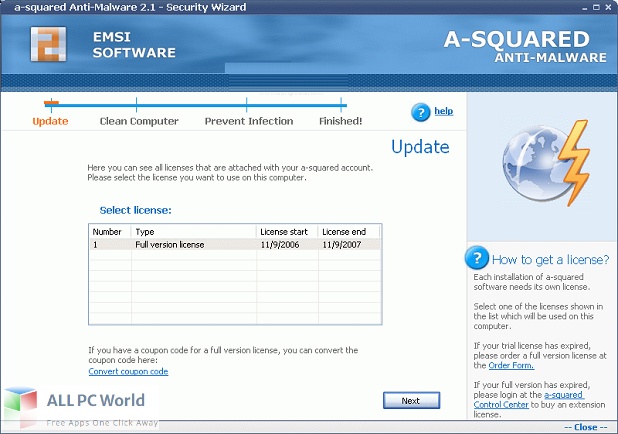 Attractive and rich graphic user interface makes it so easy to use. All the important tasks are mentions in the top menu like security status, scan the system, and check the quarantine. This wonderful Antivirus can perform all these crucial tasks with consuming very little performance of the system. It performs all these scans in layers first scan is the memory scan to detect the running malware. After the memory scan, A-Squared Antivirus start to drive scanning and scan all the files in the drives. When the scanning process is completed it shows a list of malware where you can remove this malware in just one click. 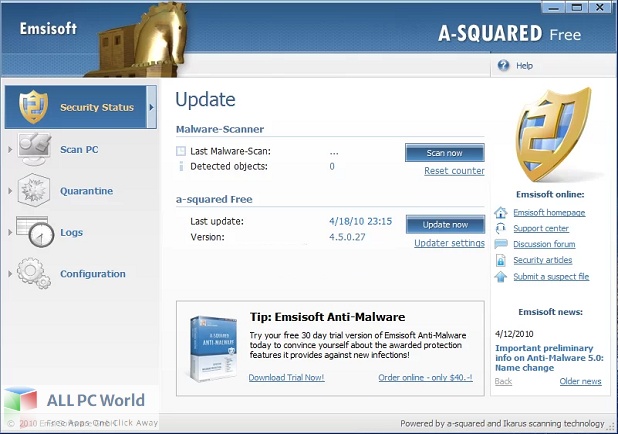 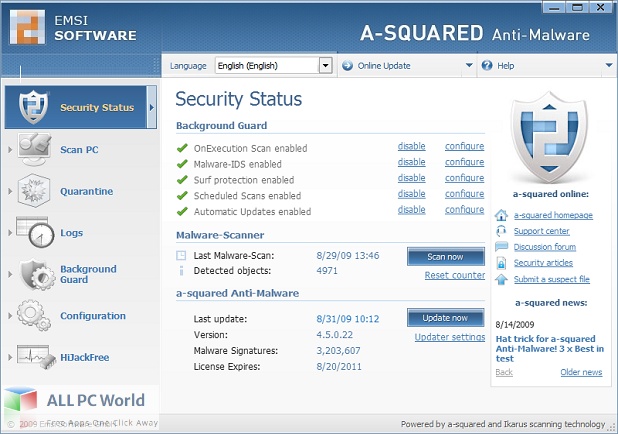 Click on the link given below to download A-Squared Antivirus free setup. This is complete offline installers which are compatible with win XP, win 7, win 8 and win 10.