In the Digital Age, people continue playing old-school games that were released for such legendary consoles as Nintendo, Sony PlayStation, and even Atari. Retro games have become an integral part of popular culture and therefore remain popular in the 21st century. There were so many cool titles that kept Generation X-ers glued to their screens. They were truly immortal games that are now considered a classic. Back in the day, Mario, Kirby, Pokémon, Donkey Kong, and Sonic were responsible for tons of milk money spent on cartridges and missed classes, of course. Still, there was a character that captivated us with his brave heart and an exceptional sense of justice. Everything he was doing was done in good faith for his native land and compatriots. His name was Link, the main protagonist in The Legend of Zelda, the game released for the Nintendo Entertainment System in 1987. The game made a splash with fans of fantasy action-adventure console games and also was met with critical acclaim. No wonder, in the age of sophisticated browser games, lots of true connoisseurs of authentic gaming still crave to reunite with Link. We have put together the most popular methods that will help you start playing your favourite game on a computer. Just don’t stop reading. 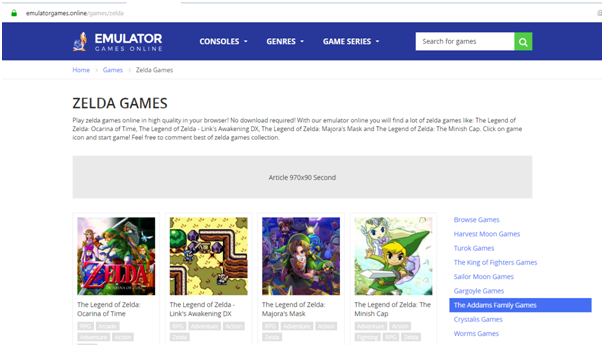 You’re not alone in your striving to indulge in classic gaming. Other fans of old school titles also look for opportunities to catch up with Zelda after so many years of separation. If you start searching for The Legend of Zelda game series online, you’ll find out that lots of websites are more than eager to assist you in your striving. If you don’t want to waste time downloading video game files onto your PC (or just wary about trusting online resources) you can play any retro games right in your browser. If you’re itching to play right now, choose a reliable website devoted to retro console and arcade games and knock yourself out. You can start playing your favourite Zelda games on Emulator Games Online, the web resource that boasts one of the most extensive collections of retro console video games and provides access to your favourite titles for free. All you need to do is to go to Emulator games.online and search for the desired game using a convenient search bar in the centre of the homepage. You may also check out such categories as “Consoles,” “Genres,” and “Game Series” if you’re not looking for a specific game, but want to explore the menu before diving into retrogaming headfirst. Once you find a game you’ve been looking for you may start playing it right away. No download! No fees! Playing Zelda games is as easy as ABC. 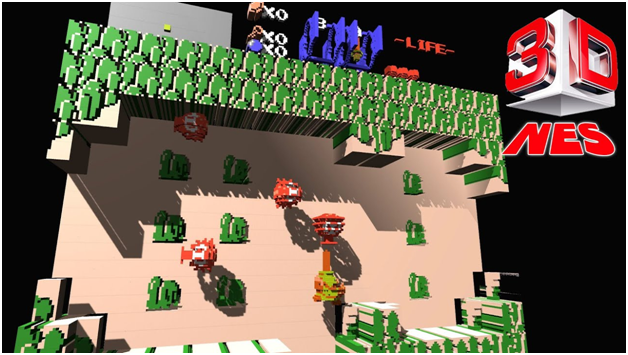 We guess you know that emulation programs have been designed specifically for fans of retro games whose aim is not only to get a portion of old-school fun but also preserve the classic gaming heritage for future generations. You also can rely on emulators to start playing The Legend of Zelda on your modern computer. To do it, you’ll need to download a stable NES emulation program from the Internet. Consider using RetroArch, jNES, FCEUX, or VirtuaNES, which are considered the most stable emulators for SNES consoles currently available on the market. Before downloading the necessary program, make sure that the chosen emulator is compatible with your operating system. Once you get a new emulator file in the .exe format to your computer, click on it to start the installation process. Some emulators come with a default installer, which will help you install the new program more quickly and comfortably. Also, note that you may need to unpack the emulator file wherewith any decompression program you have at hand before installation.

Overall, the process of installing setting up your emulator doesn’t take much time. The exception is RetroArch, which is a more sophisticated cross-platform emulation tool requiring prior experience.

Furthermore, you’ll need to get the Zelda ROM (game) for the new emulator. Once you get the game, save it to the corresponding “ROM” folder in your emulator. Load the ROM whenever you feel like playing. The game should start automatically after that.