Visual Studio Professional 2015 Update 3 is a stable and a powerful release with many fixes and enhancements, and most important thing about this release is that it is required for .NET Core or MVC 6. This free download is a standalone offline ISO installer of Visual Studio Pro 2015 for Windows 32bit and 64bit.

If you want to start developing .NET Core 1.0 in Visual Studio Professional then Update 3 is required. It provides the required development enviroment for MVC 6, so that you can directly create a new MVC6 Project in Visual Studio. Many enhancements and improvements are made in this release to make the developers more comfortable for latest technology. Many new features include enhanced Apache Cordova 10, Analytic tools for developers to check their work, Diagnostic tools and debugging tools with IOT and HoloLens, Many C++ improvements and XAML User Interface debugging and lot more. 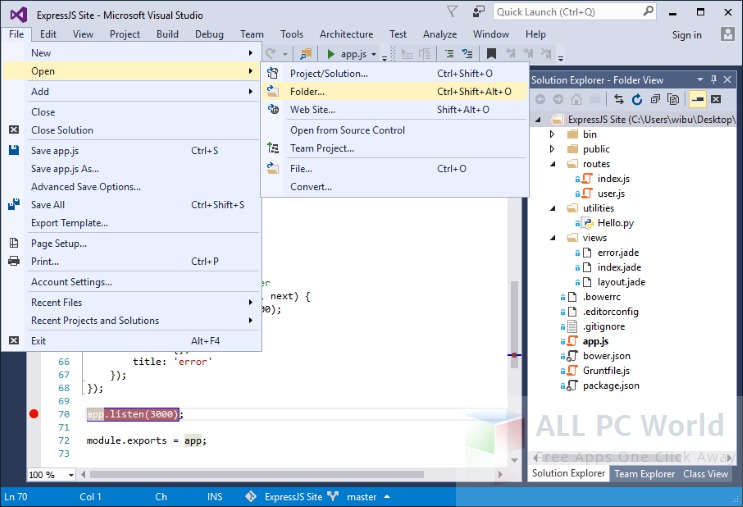 It is a stable release from Microsoft to enhance the Visual Studio experience. Developers are provided more control over the development process with advanced options. Newly added debugging tools supports to add more perfection to your work. Moreover Visual Studio Pro Update 3 includes Xamarin 4.1 and much more. Its time to get started with the new era of development.

Visual Studio Pro 2015 Update 3 is loaded with a wide range of features and enhancements, including

Click the below link to download the standalone offline ISO Installer image of Visual Studio Pro 2015 for Windows x86 and x64 architecture. It is comaptible with all the latest Versions of Windows.