Zorin OS is a powerful and reliable Linux distribution which is much similar to Windows and MAC OS X. This free download is a standalone offline ISO image installer for Zorin OS with both 32bit and 64bit architecture. 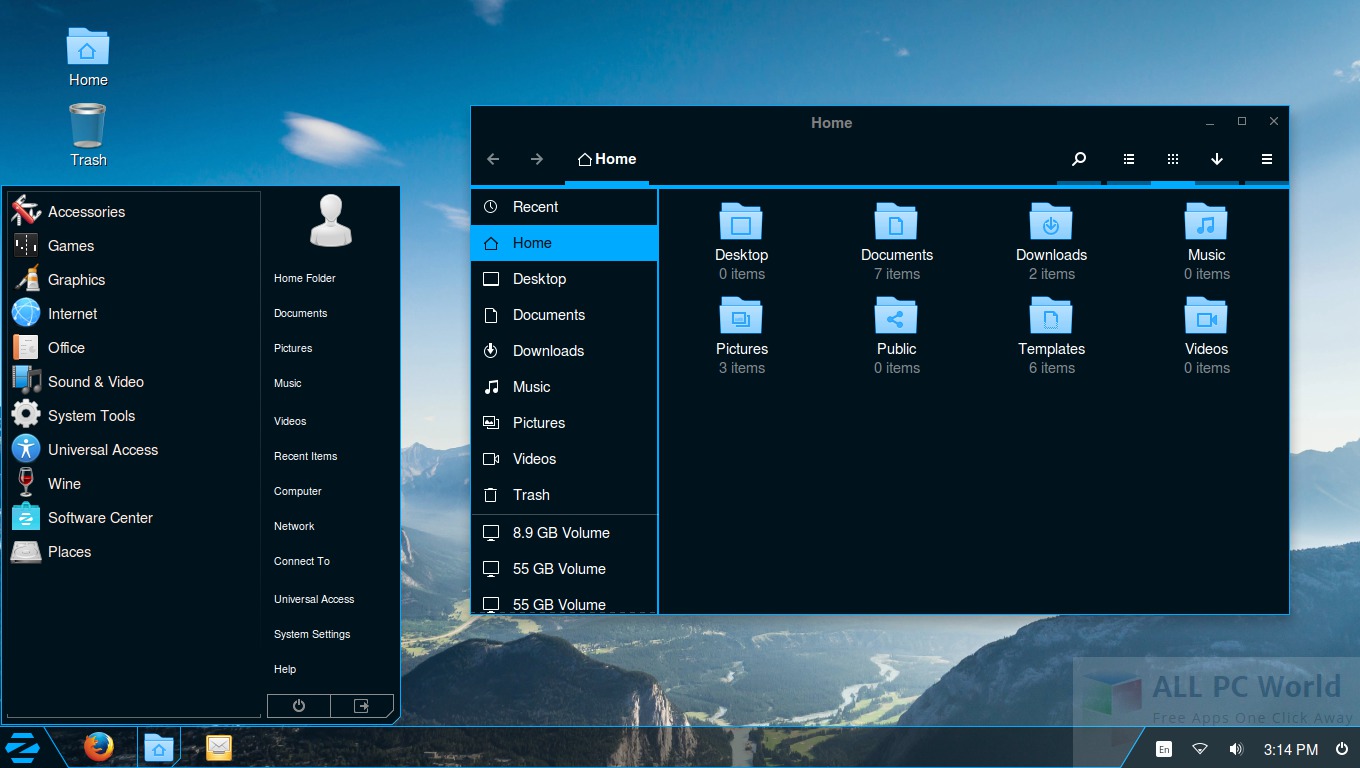 A friendly user interface is provided by Zorin, unlike other Linux versions it has a taskbar with a start menu which is the main menu. Zorin TaskBar is similar to Windows as it contains a system tray and an Application Launcher with an attractive interface. Google Chrome is set as the default browser to provide a better browsing experience along with Mozilla Thunderbird for managing emails, Brasero Disk Burning tool, OpenShot Video Editing tool, Empathy Messanger, and Libre Office. In terms of Security, this release is more secure than Windows and other operating systems.

Make sure that your system meets the given requirements before you download and install Zorin OS 8.1

Click the link below to download the standalone ISO image installer of Zorin OS 8.1 with x86 nad x64 architecture.